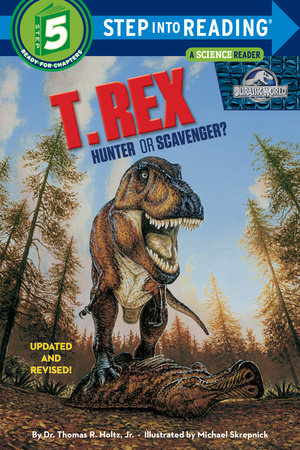 Jurassic World is the long-awaited next installment of the groundbreaking Jurassic Park series. T. rex’s, velociraptors, triceratops—as well as some all-new dinosaurs—will roar across the screen in this epic action-adventure directed by Colin Trevorrow starring Chris Pratt, Bryce Dallas Howard, Ty Simpkins and Nick Robinson! Was Tyrannosaurus rex a speedy and savage hunter, or was it a slow-moving scavenger, surviving on scraps left from other dinosaurs’ kills? World renowned tyrannosaur expert Dr. Thomas R. Holtz, Jr., shares the evidence on both sides of the argument in this easy-to-read, easy-to-understand Step into Reading book that young dinosaur enthusiasts will heartily devour.

Dr. Thomas R. Holtz, Jr., is recognized as one of the world’s leading dinosaur phylogeneticists (specialist in reconstructing dinosaur family trees), and experts on tyrannosaurs. In addition to his many scientific papers, he has been involved as a consultant and on-air talent for documentaries in the US, UK, Canada, and Japan, including the award-winning Walking with Dinosaurs and When Dinosaurs Roamed America for the BBC and the Discovery Channel. He is the creator and director of the Earth, Life, and Time Program at the University of Maryland, College Park, where he received the Outstanding Faculty Award from the University Honors Program in 1997, and the 2003 Celebrating Teachers Award from the Center for Teaching Excellence, and is a widely quoted news source for international science journalism. 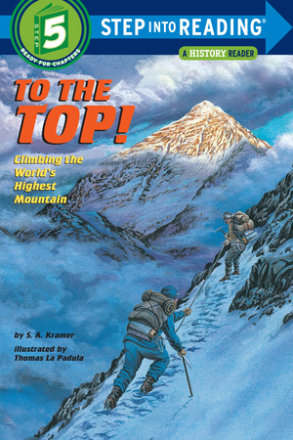 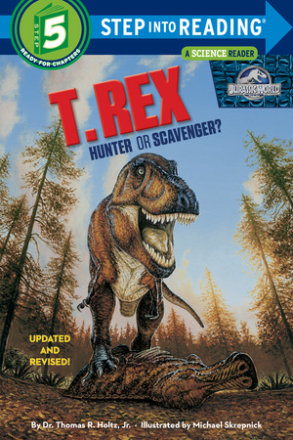 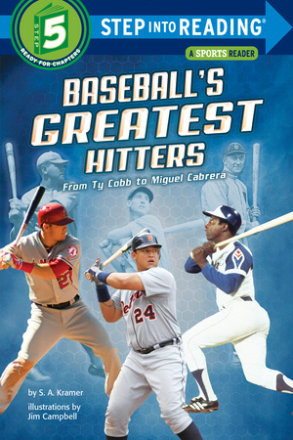 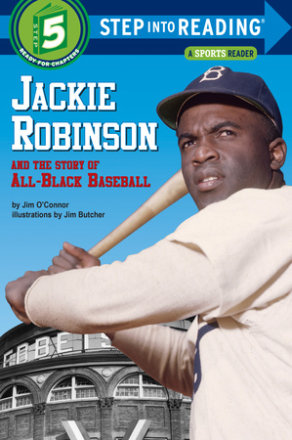 Jackie Robinson and the Story of All Black Baseball 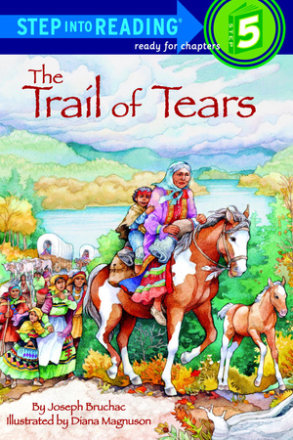 The Trail of Tears
My Book List Stay in the Know
Sign up for our newsletters and get updates on the latest book releases, sweepstakes, and exclusive content!
Book Finder Site Map